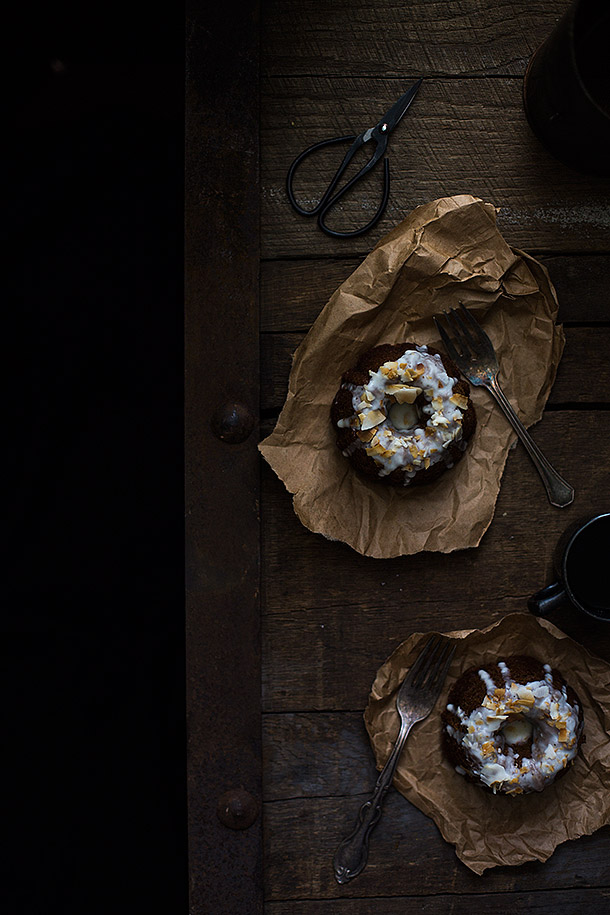 So this last week has been a massive slurry of emotion for me so I sort of didn’t have time to do this recipe then. I won’t dive too deep with that info but basically my girlfriend Jamie ended up having to move to the UK for college and we are faced with several problems due to that. There are many things that people have asked me such as if I plan to go with her or not and let’s just say that it’s a bit more complicated than that for both of us. 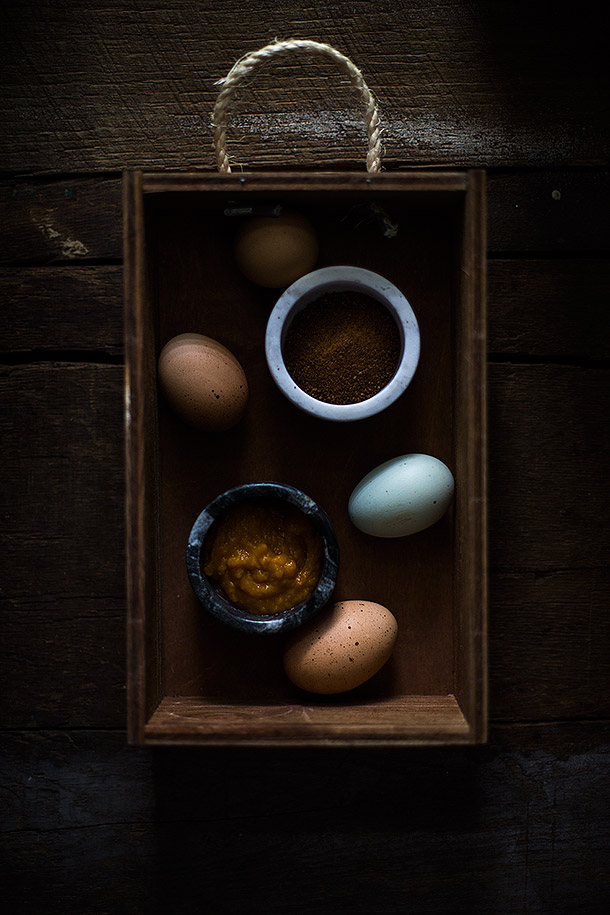 Needless to say I have had quite a hankering for comfort food. Luckily I had a little pre made gift jar from my friend Vanessa Barajas and her new cookbook Clean Eating with A Dirty Mind. The jar she sent contained the mix for her recipe for her pumpkin bread. Of course me being the rebel that I am I went ahead and changed the pumpkin bread recipe into something a little bit different with the same base. So essentially it’s pumpkin bread that has been transformed into cute little mini bundt cakes with a touch of dairy free and refined sugar free icing on top. 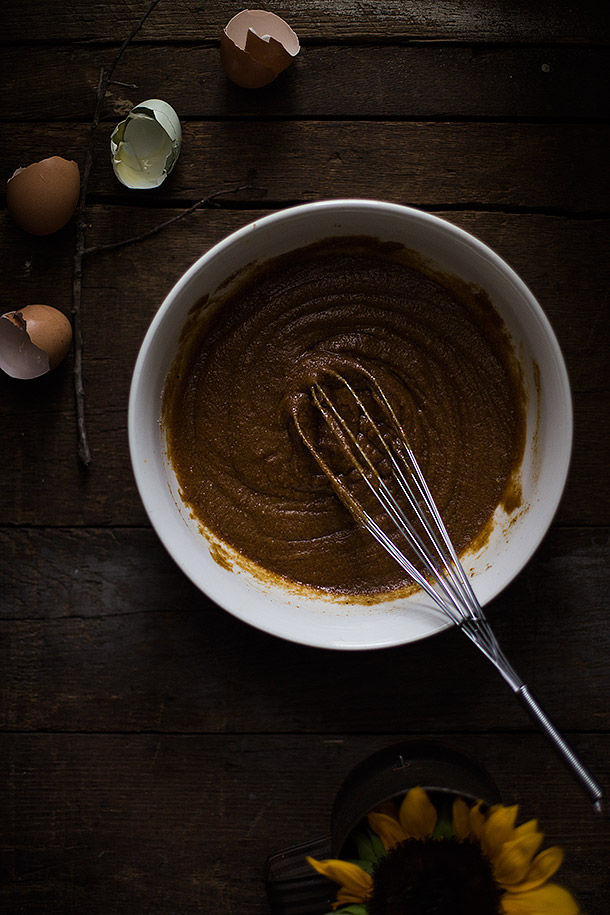 Think about it, this is definitely something that you have always wanted pumpkin bread to be…trust me. Just because September thinks it’s hilarious by not making the weather fall-like doesn’t mean that fall isn’t coming and that it’s not time for the obligatory pumpkin baked good. My hopes of this perfectly textured and wonderfully spiced pumpkin bread was to make it a little bit of a change from the norm. Also to try and get the pumpkin naysayers to keep their shit to themselves. 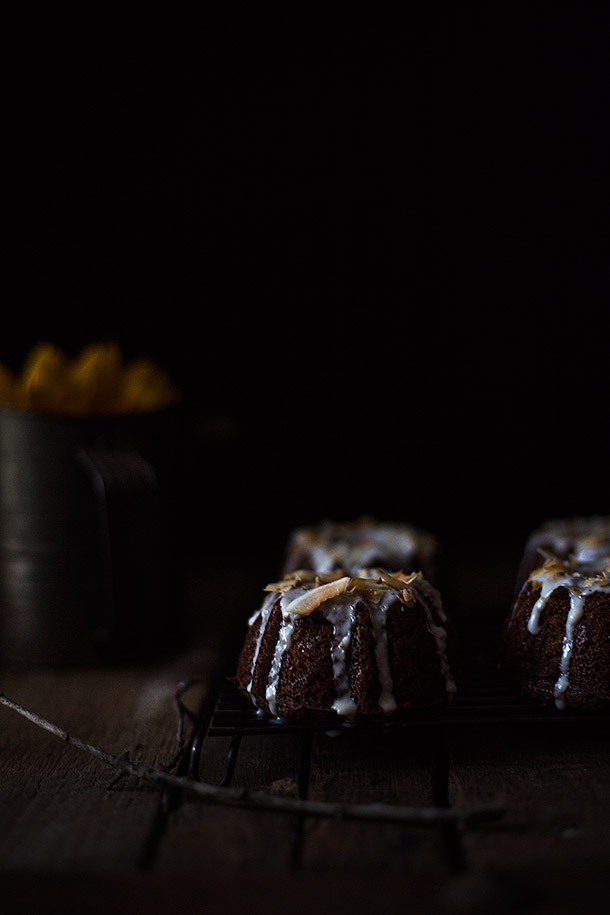 I grew up on pumpkin bread, I remember every year just before Thanksgiving my grandmother would bake and send me loads of pumpkin bread in the mail. So yes, I am a bit of a slave to the sweet scent of cinnamon, cloves, and pumpkin flowing through the house. It’s enough to make my stomach grumble and my knees uneasy. This pumpkin bread that I adapted from Vanessas book is absolutely perfect both in texture and flavor so hats off to her for this recipe, it is just lovely. 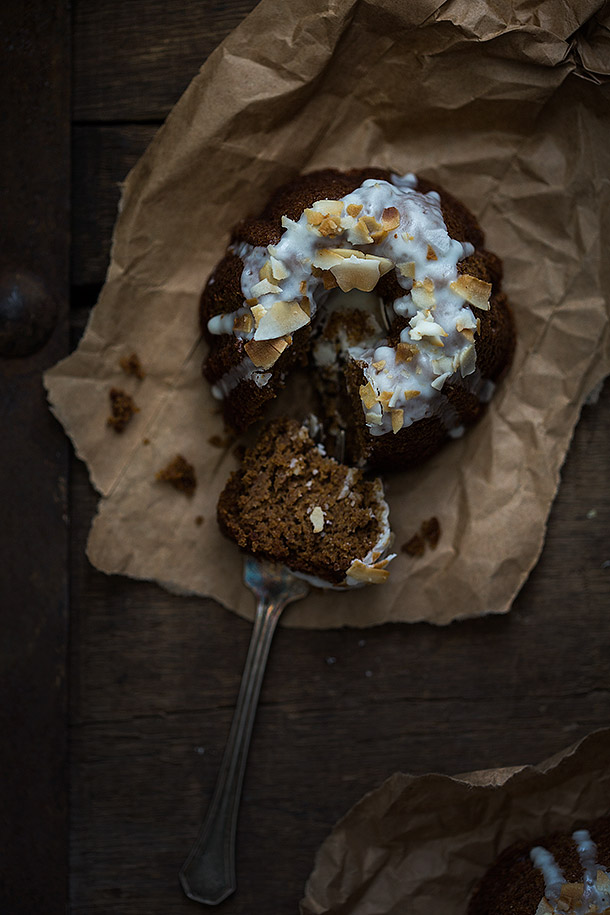 I would like you to leave with one bit of advice about these cute little bundt cakes: This recipe will only make about 4 mini bundt cakes depending on the size of your pans so be aware of that. I’m only saying this because I ate a whole bundt cake in like 2 minutes so yeah…be warned.

4.0 from 1 reviews
Pumpkin Bread Mini Bundt Cakes
Print
Adapted from Clean Eating With A Dirty Mind By Vanessa Barajas
Ingredients
For Icing:
Instructions
Notes
You can make these a day ahead if you like but they are best fresh.
3.3.3077
« Sweet Chili Chicken Wings
A Year Of Weight Gain »