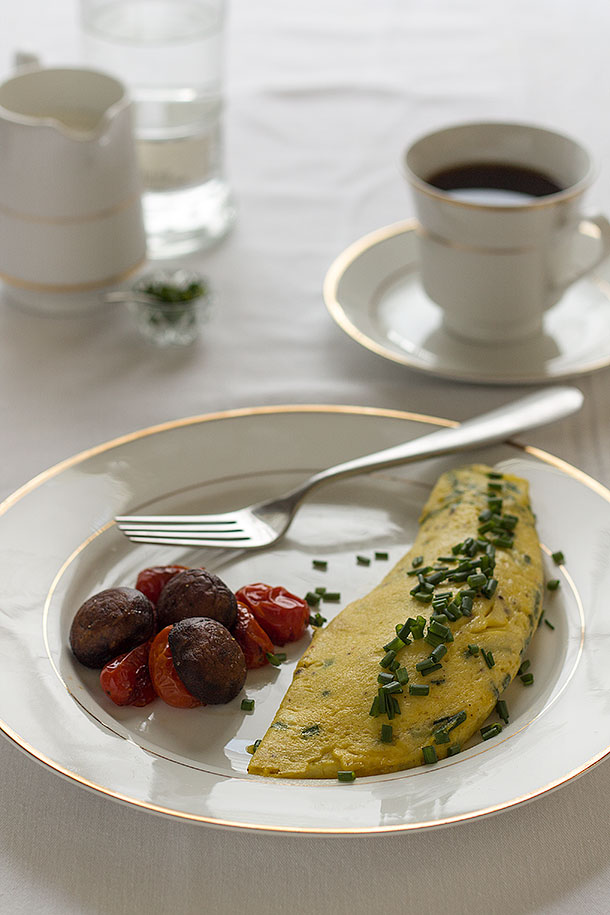 I’ve said before in my post for Duck Egg Mayonnaise how much I love eggs. Packed full of nutrients, healthy fats, protein and they can do almost anything. The one man army of food I suppose. Because of all of these amazing benefits and the fact that I’m just addicted to them I happen to eat eggs every day. I still haven’t gotten bored from my morning eggs yet. Although I switch up the way that I cook them from time to time. Fry them, scramble them or make the best concoction ever known as an omelette. With it’s fluffy masses of folded egg and a little hint of something to nestle in between. 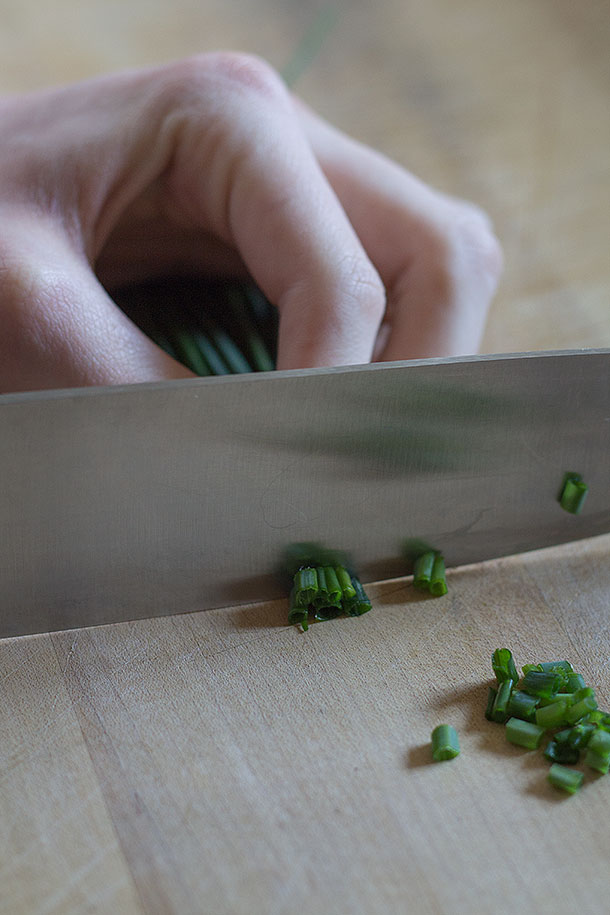 Nothing makes you feel better and accomplished than when you are cutting into a freshly cooked omelette to see the lightly cooked fold around it and an oozing creamy inside. Now the first thing to remember about this omelette is that it is a classic French omelette which is slightly different than the more commonly known country style omelette. A country style omelette is usually folded once and is browned on at least one of its sides and usually has a fairly large curd leaving larger more solid masses of egg. Where as the French omelette is made with no browning and quite a bit of rapid movements and disturbances to the egg so that it cooks with little pieces of curd. 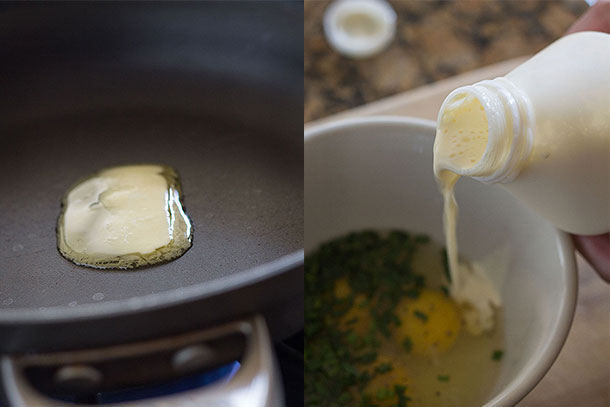 This way your left with a very light and soft outside. The key to making a good classic French omelette is making sure that the inside is still slightly moist. When you cut into the center of it it should have a nice soft cooked egg all the way around and a slightly moist, velvety and slightly creamy scrambled egg like texture in the middle. I’m not saying raw egg, I’m just saying that it shouldn’t be cooked to death so that it’s a completely seized of block of egg. I like all my omelettes a little moist but it’s especially important to me in a classic French omelette because that’s just the way that it should be. 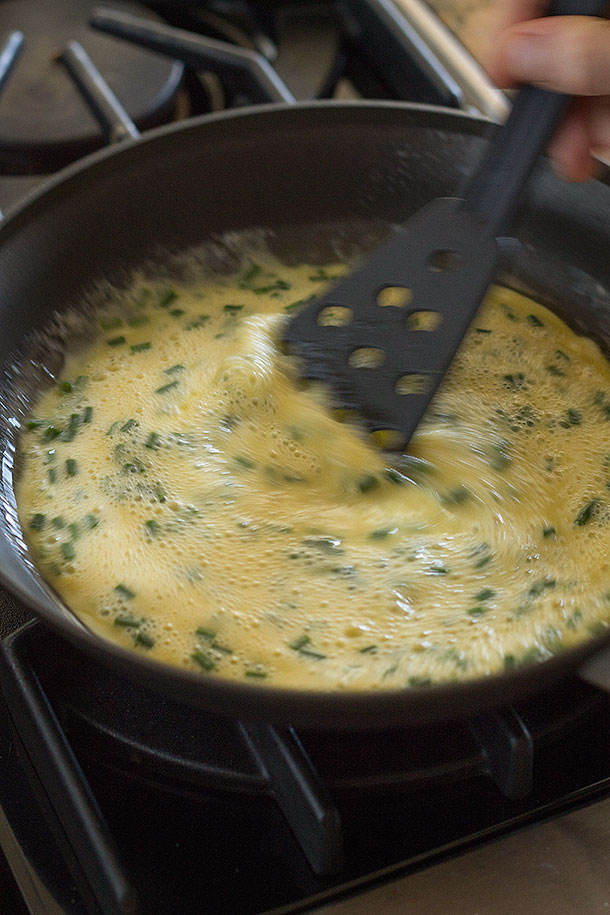 Call the omelette police because there’s nothing worse than being served an overcooked mass of egg that sticks and flops down your throat. It takes a bit of practice but after a few times you’ll be flipping out the French omelettes like nobodies business. Although once you start making these I have to warn you that it can cause you to become kind of an omelette snob. It sort of comes with the territory of making omelettes often. Just remember to use it for good and not evil. 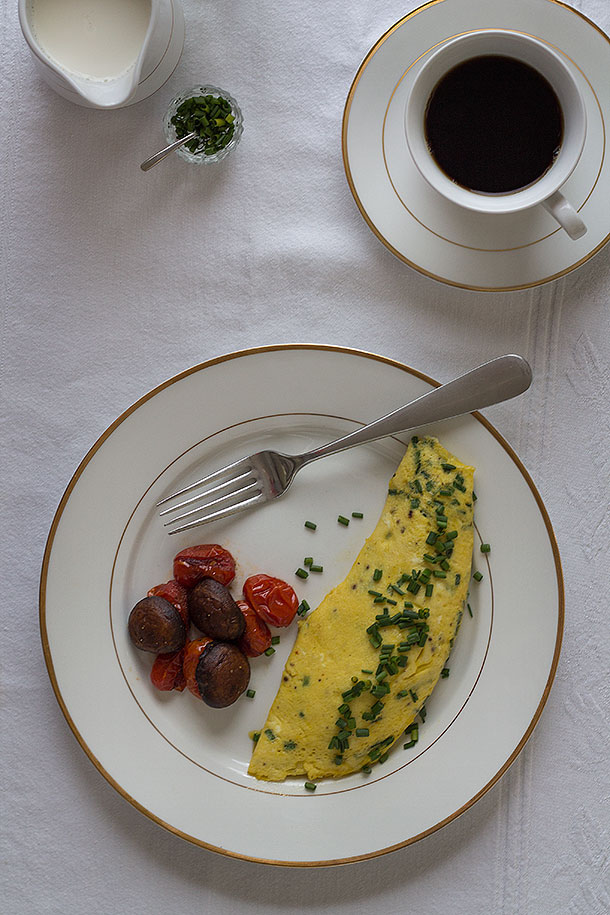 For example, don’t drop a bomb of omelette knowledge on your innocent friends head because they complained about the fact that it’s slightly moist on the inside. I know it’s incredibly annoying and makes you want to gouge your eyes out with a caviar spoon but it’s important to just feel sad for them. Very sad. But don’t be too dreary for too long about it because you have the unstoppable knowledge of omelette making in your arsenal and that’s all that matters right? 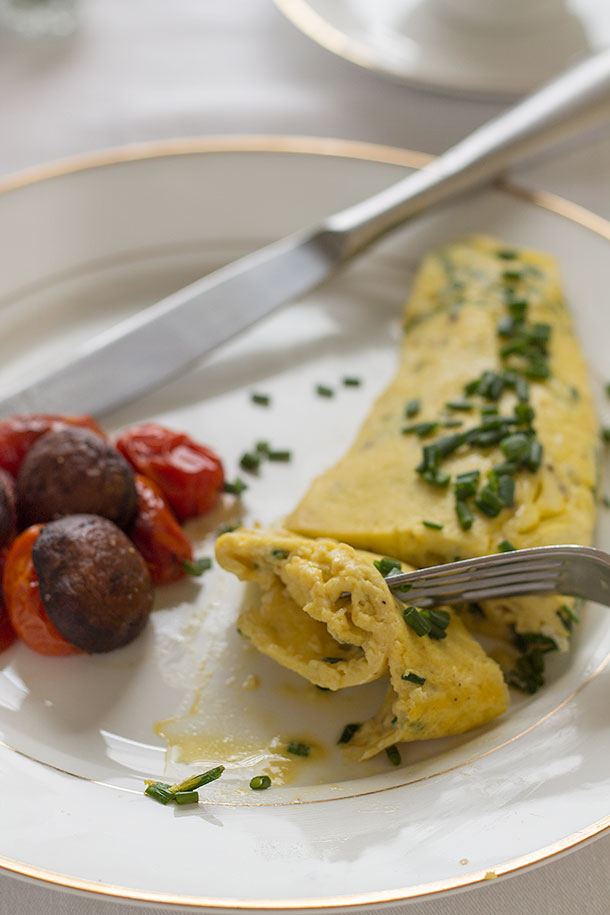